It is undeniable that FCBarcelona is one of the biggest and most famous football teams on the planet. Forbes recently ranked Barcelona as the fourth most valuable sports team in the world despite the Catalan giants’ incredible debt, which tipped the scales at €1.35 billion. Growing debts have caused Barcelona a host of problems on and off the pitch, but it was only this week that the club’s management team announced 2021-22 profits of €98million. Have Barca reached a milestone or is this short-term profit just masking the cracks?

Check one of online sports betting reviews, and all sites listed always have Barcelona as one of their favorites. They are Spain’s most successful team, at least nationally, with a record 75 trophies. The team’s trophy cabinet includes 26 La Liga titles, 31 Copa del Rey trophies, 13 Supercopa de Espana, a trio of Copa Eva Duarte and two Copa de la Liga titles. However, this success comes at a price and a high price. 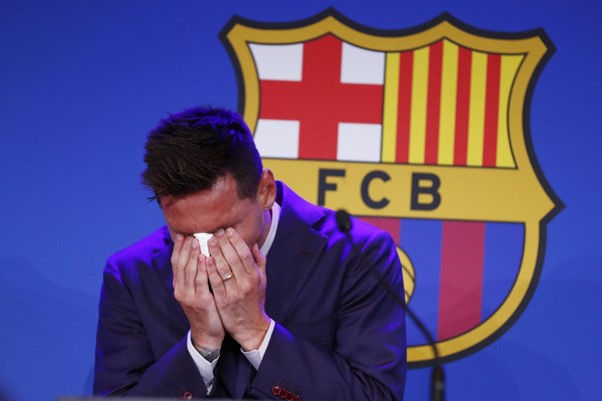 Barcelona’s finances hit the headlines last season when the club announced losses of 468.32 million euros. The club attributed much of that astronomical sum to the COVID-19 pandemic, saying it lost masses of revenue due to playing behind closed doors. His The Camp Nou stadium has 99,354 supporters, so playing without fans in the stadium is an expensive business. However, the lack of revenue was only part of the long-running problem, as became apparent when La Liga intervened after it was discovered Barcelona breached its Financial Fair Play rules.

It has been revealed that Barcelona have to 390 million euros in unpaid wages for players and almost 670 million euros to various banks and financial institutions. The total of everything the club owed was €1.35 billion, with one player salaries representing 103% of the club’s turnover. It doesn’t take a genius to see that it’s not a sustainable business model to spend more than your income, which is why La Liga has imposed a salary cap of minus 144 million euros on the Catalan giants.

The restrictive spending cap ultimately resulted in the Argentine superstar Lionel Messi leave the club on a free transfer to a French outfit Paris Saint Germain. Messi signed a four-year deal in 2017 which guaranteed him a minimum of €555m, a staggering €115,225,000 renewal fee and €77,929,955 in loyalty bonuses.

Barca spend a lot despite 1.35 billion euros in debt

Barcelona’s finances haven’t stopped them from investing in their squad of players this season. They spent more than 140 million euros for Raphinha, Jules Koundeand Robert Lewandowski, in addition to signing four star players on free transfers. On the other hand, they have recouped around €35m from player sales. So, have Barcelona managed to keep spending big and offering huge salaries? By using financial leverage.

The club basically sold off some of its assets to fund the spending spree. First he sold 10% of its television rights at Sixth Street for 267 million euros. Barcelona sold another 15% for an additional €267m. He then sold 25% of his Barca studios dividing to Socios.com for €100m and a 25% addition of Barca Studios to Orpheus Media for €100m.

These short-term deals eventually allowed Barcelona to make a 98 million euros profit in the 2021-22 season. The club’s management team predicts that the 2022-23 season will see an operating result of 1.255 billion euros and forecast income of €274 million.

If the club continues to draw more than a billion euros in revenue each year despite the economic levers it has activated, it should be fine. However, at first glance, the deals bear a striking similarity to those struck by the English Premier League outfit. Leeds United, who infamously nearly went bankrupt after incurring debt based on future ticket sales and prize money from major competitions. Only time will tell if Barcelona have really turned a corner.